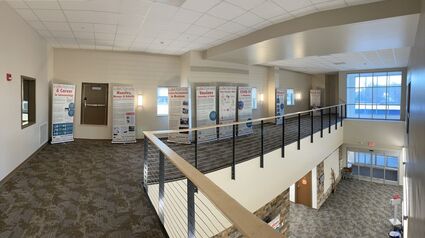 A Carter County Museum exhibit, “Shots Felt Round the World: Maurice Hilleman and the Montana Origins of the Fight Against Pandemics,” recently opened inside the new Carter County Healthcare Facility.

The Carter County Museum recently announced the opening of “Shots Felt Round the World: Maurice Hilleman and the Montana Origins of the Fight Against Pandemics” at the new Carter County Healthcare Facility. This exhibit is the first of a collaborative partnership with Dahl Memorial Healthcare Association to bring local Montana history to hospital visitors.

National Rural Health Day takes place on the third Thursday of November and provides an opportunity to “Celebrate the Power of Rural” by honoring the efforts of rural healthcare providers, state offices of rural health and other rural stakeholders to address the unique healthcare challenges that rural citizens face today and into the future.

The opening of the exhibit underscores the connection of Dr. Hilleman’s work to his background growing up in a rural area, as well as the continued contributions of Montanans to healthcare and vaccine development.

The bulk of the exhibition is located on the second floor of the facility on the mezzanine, while a few panels are just inside the lobby. Patients, residents and visitors to the clinic are invited to explore the history of healthcare in Montana and learn about the life of Dr. Maurice Hilleman, who was born in Miles City and invented eight of the fourteen vaccines individuals receive as children. It is estimated that Dr. Hilleman’s vaccines have saved more than a billion lives around the globe. 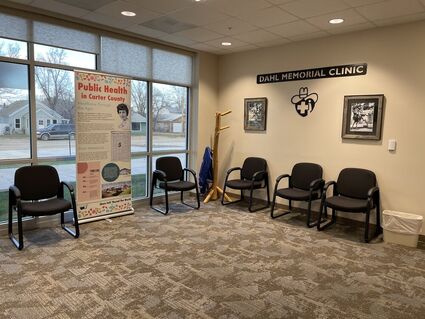 In an interview regarding his life’s work, Dr. Hilleman stated, “Well, looking back on one’s lifetime, you say, ‘Gee, what have I done-have I done enough for the world to justify having been here?’ That’s a big worry – to people from Montana, at least. And I would say I’m kind of pleased about all this. I would do it over again because there’s great joy in being useful, and that’s the satisfaction that you get out of it. Other than that, it’s the quest of science and winning a battle over these damn bugs.”

Shots Felt Round the World was designed and produced by Carter County Museum and opened in the Schoolhouse Gallery in May of 2021. In the months since, CCM has been featured on the Smithsonian’s Vaccines & US Website and presented on the exhibition and associated K12 curriculum at the American Alliance of Museums and MFPE conferences. In 2022, two copies of this exhibit will travel across Montana to ten rural communities as the result of a Humanities Montana grant, while this one remains at Carter County Healthcare Facility.